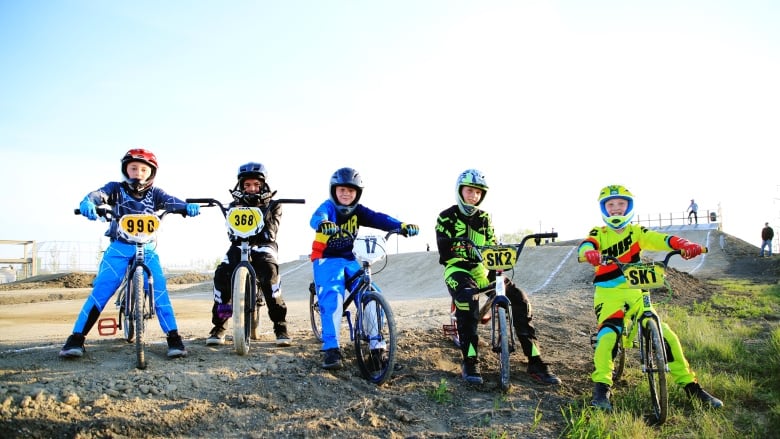 A group of volunteers are hoping to revitalize BMX biking in Regina.

The 13th Ave BMX Club has been around for some time, but a race track the bike club was using was in need of repair. They had been racing on a gravel area with man-made hills for jumps at the track — on 13th Avenue just west of Sandra Schmirler Way — but the gravel wasn't the easiest to bike on.

Vic Stuart, along with many other volunteers, decided it was time to start from scratch. This spring, they tore down the old hills, brought in new dirt and packed it down to create a bumpy racetrack with three main turns.

The club hosted a reopening race night on Monday.

"A lot of people in town don't know that the track is here," said Stuart, who added there were some new riders, along with a number of returning faces, at the May 27 reopening.

"We're just trying to get the word out. We put a lot of time and effort into rebuilding the track." 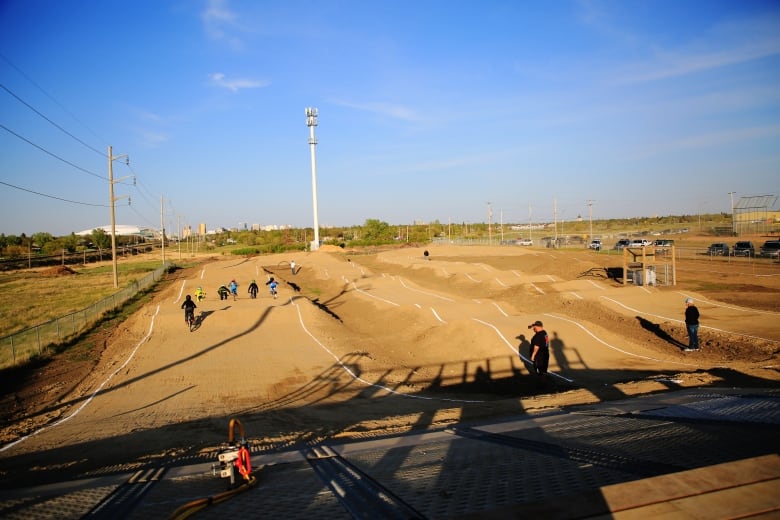 Vic Stuart's son, Carter Stuart, was one of the racers in the 10-year-old category on Monday night. He said he was impressed by the new track.

Carter has been racing for two years now.

"It's better than playing Fornite," he said with a laugh. "And it's good exercise." 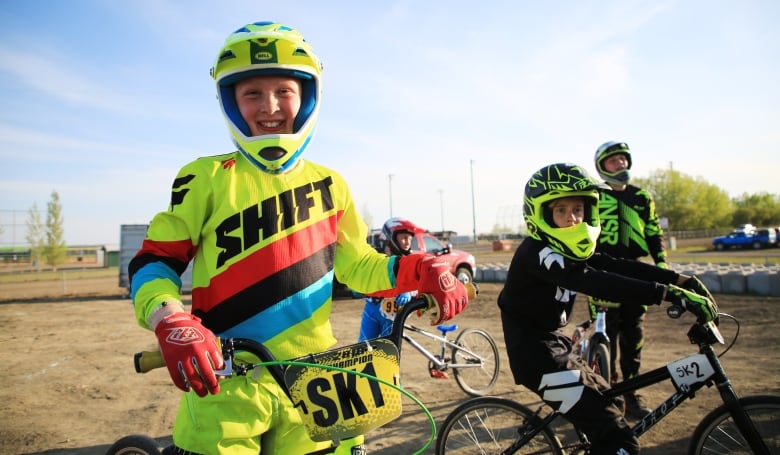 The idea of revitalizing the 13th Avenue track came about after Vic Stuart and other club volunteers saw a track during a national BMX race in St. Albert, Alta.

"[There were] tons of volunteers, beautiful track — and it was just amazing to see that BMX racing didn't really die there after the '80s," he said with a laugh.

His kids had raced before, but never on a track like the one they saw in St. Albert. With the help of 13th Ave BMX Club president Steve England and many volunteers, the new track was packed down and ready for people to hit the pedals. 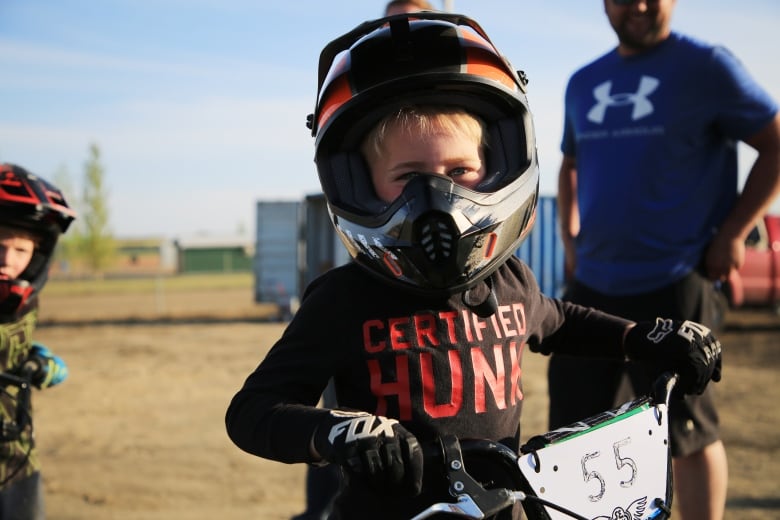 Molly Evans, 12, was the only female racer on opening night. This is her first year of BMX racing, which she got into after mountain biking for years.

"It's pretty cool so far. Obviously I'm not the greatest, because it's only my first time out at the track," she said.

"There isn't, like, any physical contact, so you can't literally push someone off the bike. And usually it's all in good fun," she said. 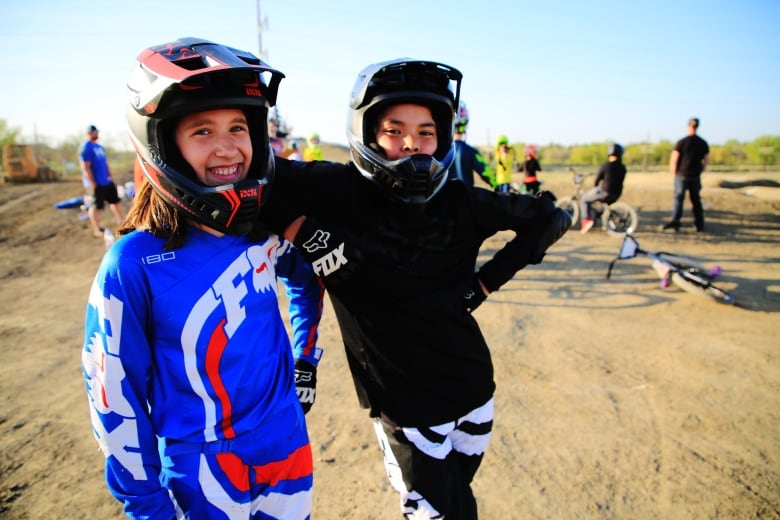 Evans has heard of girls in other clubs and thinks more will join in Regina in the future — but once the helmet is on and the race is about to start, everyone's on equal ground, she said.

"On the track, everyone's kind of just the same," she said. "It doesn't really matter."

She hopes to have an opportunity to race on different tracks in the province this year, she said.

"I'm really looking forward to just actually getting better at it, because it's my first year," she said. 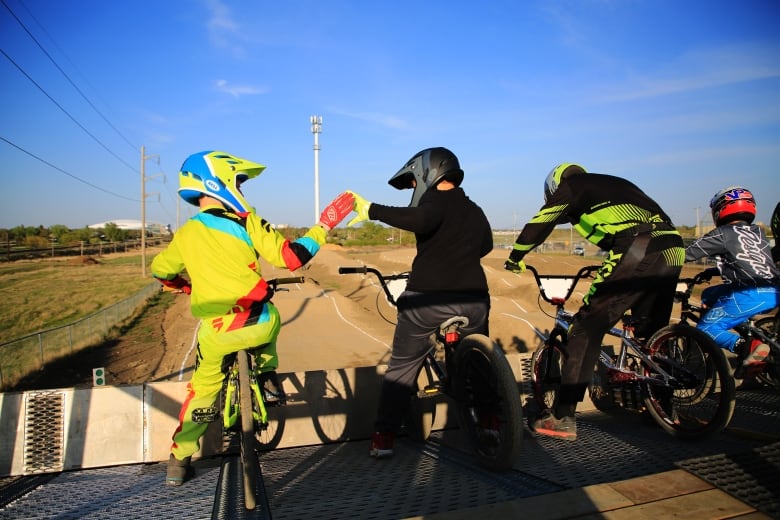 The club requires riders to wear helmets with a strap attached, and recommends riders have full face helmets that cover the ears. Vic Stuart is always concerned about injuries with his kids, but said any parent in any sport would be.

"With anything there's risk," he said. "So I guess if we were worried about getting hurt doing anything, we wouldn't do anything at all." 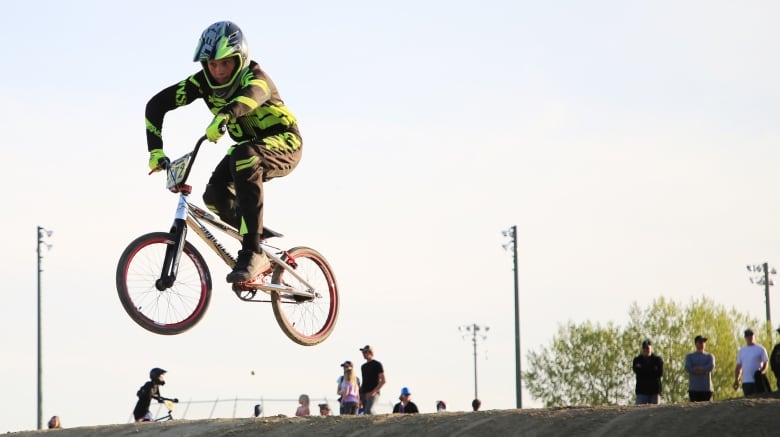 Stuart said he hopes the club will draw in more members, and that more will come out for race nights — which are every Monday and Thursday from 6:30 to 7:30 p.m.

But he says everyone's welcome to come enjoy it.

"Feel free to know that you can grab your bike and come here whenever you want. It's not locked," Stuart said. 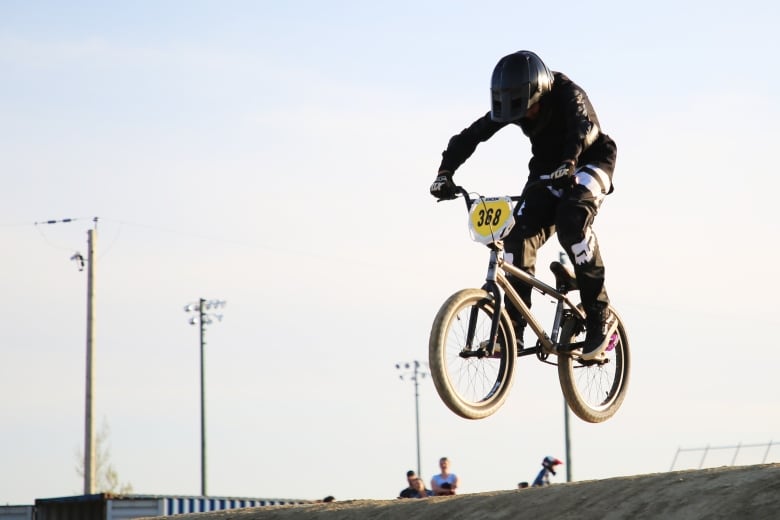 This week we want to introduce the Hogelie family, Derek and Alicia are the parents of Emerson our rider profile for this week. Derek and his family are key members to the club, thanks to Derek's long

Meet our club members, riders, parents and volunteers. Without them we wouldn't have a club.